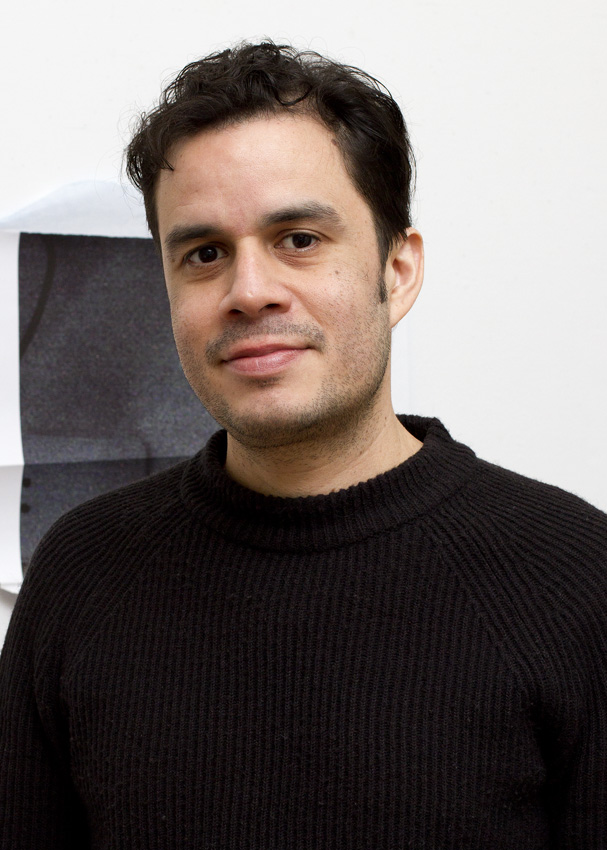 “Each image is a “next-to-nothing” pared-down even by the traditional standards of each practice: the drawn lines are elementary, the paint is often laid in manually, the assemblages follow no formal rule or principle of organic association of materials. And yet everything is calculated down to a hair’s breadth: each mark is a thrust, a halt, a little curve: the paint explores the ridges of the board and the roughness of wood, steel, lead; the assemblages of potential folded surfaces are combined with, for example, blue adhesive tape – almost Klein blue, the colour that folded the existing spectrum and increased that world. It is this serenity, this confidence in the “next-to-nothing” that makes feasible this advance towards the elementals of the oeuvre. It is true that the process of installing these sheets of paper and this adhesive tape on the wall had a temporal existence, a duration; and yet the photograph cannot be seen as a slice of life, for it is transformation, sedimentation, mark, vestige: something has been imprinted. The photograph seems to be playing the memory game: the thing itself is lost, but it becomes one with us. Whence the often uneven margins, as if the image could flee: as the artist points out, “The margin is a layout gambit for depriving the photos of their status as photography. I never want to forget that the printer nozzle acts like the tip of a felt pen.”

Excerpt from Abstraction and “reality”: finding the proper sound, a text by Joana Neves in Impulse of reversibility, Adera Editions, 2015 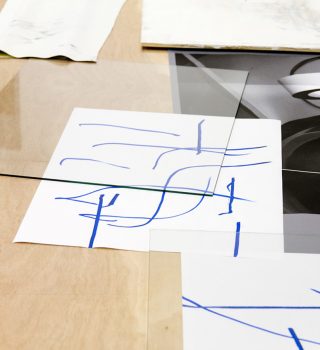