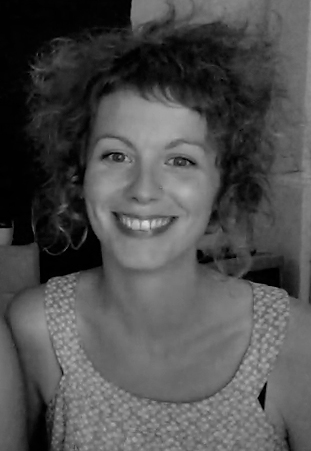 Graduate of the Fine Arts School of Bordeaux – France – in 2006, Julie Chaffort devoted to the film practice at the end of her studies. She wrote, directed, produced edited and distributed “Some Sunny Days” and “Wild is the Wind”, two feature films, before following and get in 2010, the ‘Werner Herzog’s Rogue Film School Diploma’ in New York. She then worked with the director Roy Andersson in Stockholm and she was selected as a director at the International Center of Art and Landscape of Vassivière (France) where she directed “Hot Dog”, a narrative – experimental half length movie. IN 2014, She has done her first solo exhibition in the Centre Clark in Montreal and then, she directed the film “The silent boat” when I was in artist-residency programm POLLEN in the village of Monflanquin – France.

Julie Chaffort will take part of the exhibition “Jeune Création 66ème edition” at the Thaddaeus Roppac Galery in Pantin Paris in January 2016. She is the recipient of the 2016 Bullukian Prize (members of the jury included Véronique Ellena, photographer, Emmanuelle Lequeux, art critic and journalist, Laurent Godin, Laurent Godin gallery director, and Jean-Marc Salomon, founder of the Salomon Foundation).

Julie Chaffort is particularly interested in the vastness and vacuity of the territories, their desert appearence and helpless but also their relationship to contemplation and meditation. Her films are composed of strange, surrealism and absurd scenes that reflect a jubilant and decadent world. Also, to imagine, to write, to make a film she chooses places that give no indication of time, temporality, geographical anchor as civilization. Then she uses a “natural” set outside (field, forest, plain, desert, etc..) which give power to the situations and characters. Her work also includes a plastic dimension which combines installations and performances; ‘BANG!’ her last work, a monumental installation of thirty pianos collapsed with each other, is a spectacular scene of desolation, almost burlesque. Her artistic approach could be defined as a reflection on the fiction, the infinite possibilities of cinema as to play freely narrative components, temporalities and spaces, and disrupt the conventional perception.