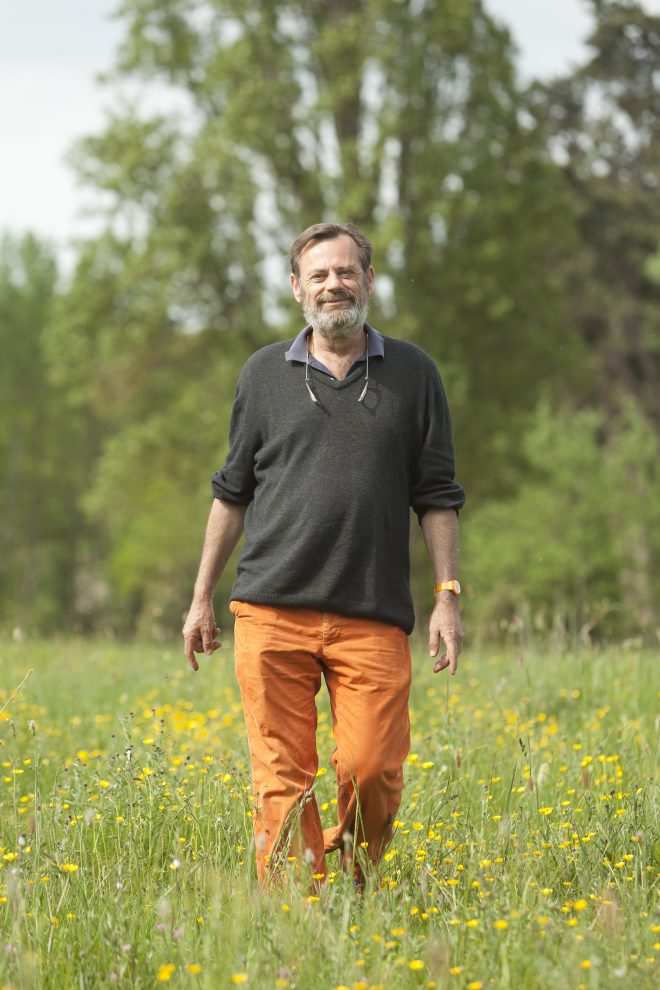 Louis Benech came to gardening and landscape architecture through his love for plants.

Having graduated with a degree in law, he decided to work in England as an agricultural worker for Hillier nurseries. He was then employed as a gardener for a private property in Normandy, before finally breaking into garden design in 1985.
In 1990, Benech was commissioned with Pascal Cribier and François Roubaud to restore the ancient part of the Tuileries Gardens. Since then, he has worked on many established and historic gardens, such as the Elysée Gardens and the Quai d’Orsay (both in Paris), Courson (south-east of Paris), Pavlovsk’s rose pavilion (St Petersburg), the Gardens of the Achilleion (Corfu), the main square of the National Archives in Paris ; the park at Chaumont-sur-Loire or a contemporary garden for the palace of Versailles (the Water Theatre Grove).
With a growing team (now numbering 12), Louis Benech has created over 300 garden and park projects, both private and public, stretching from Korea to Panama, Peru, Canada, the United States, Portugal, Greece and Morocco. He has worked for individuals of many different nationalities, and many international organisations such as Hermès, Axa and Suez.
With each of his projects, Benech aims to achieve a harmony between the new design and its architectural and natural environment. He combines a wish to create long-lasting and aesthetically pleasing gardens with a desire to respect a site’s history and eco-system, while also considering its future upkeep.

Louis Benech is co-founder of the Conservatoire des collections végétales specialisées ; Member of the Royal Horticultural Society ; Member of the Worshipful Company of Gardeners (London) ; Member of the International Dendrology Society (since 1987) ; Expert member of the Observatoire des Tendances du Jardin since its creation in 2002 ; “Honorary artist” in 2006-2007 for La Source Foundation (creation of an “extraordinary garden” with children) ; Winner of the “Talent d’Or 2007” at the “Sommet du Luxe et de la Création” ; Member of the Conseil National des Parcs et Jardins (within the French Ministryof culture) between 2007 and 2013 ; Member of the selection committee for the Journées des Plantes de Courson ; Jury member on the Prix Redouté ; Jury president on the 2008 International Garden Festival of Chaumont-sur-Loire ; Prix de l’Equerre d’Argent for La Cité des Métiers Hermès à Pantin.