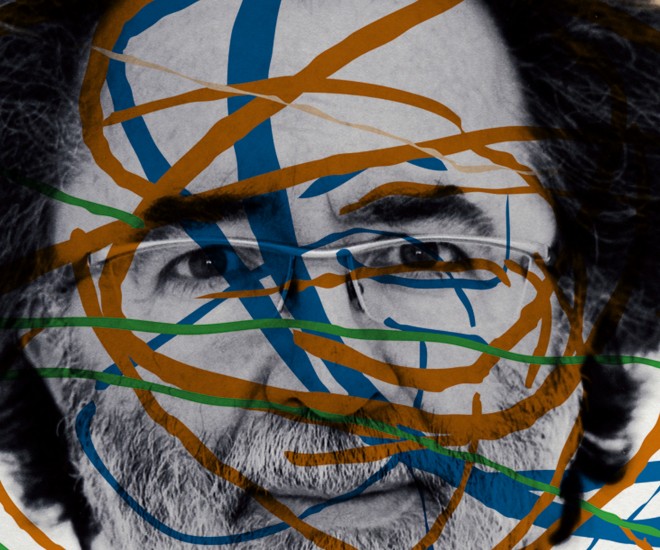 Pascal Convert (b. 1957) is an artist working in sculpture, installation and video, a documentary film maker and a writer. The topics of memory and forgetting are central to his work. He explores personal, political and aesthetic questions through his use of materials such as glass and wax, which evoke time, light and the lingering after-effects of the past.

In 1987, while living in Bordeaux, he covered the wooden panelling of a room in his apartment with sheets of clear glass. The Artist’s Apartment was his first seminal work, taking its inspiration from the essay ‘The Light of the South-West’ by Roland Barthes, whom Convert read when studying French Literature. In 1989 and 1990 he was a resident fellow at the Villa Médicis in Rome. He has exhibited at the Jean-François Dumont Gallery in Bordeaux (1987 and 1989), at Pietro Sparta in Chagny (1994 and 2000), at Eric Dupont in Paris (2009, 2011 and 2014), at the Jeu de Paume (Paris), Villa Arson (Nice), as well as in Moscow, New Delhi and New York…

Jean-Louis Froment, who was the Director of the Contemporary Art Museum in Bordeaux at the time, organised a large solo exhibition of Convert’s work in 1992. Then in 1999 the philosopher and art historian Georges Didi-Huberman produced a book about Convert’s distinctive artistic practice, The Residence, The Tree Stump (published by Minuit). Didi-Huberman followed this up with On the Edge (Minuit, 2013), which took as its starting-point the sculpture entitled Time Sealed (2009). The friendship between Convert and Didi-Huberman has had a decisive impact on their respective work. At the end of the 1990s Convert’s work began to engage more with current affairs. His Lamento exhibition, held at the Grand Duke Jean Modern Art Museum (Mudam Luxemburg) in 2007, featured the wax sculptures inspired by three iconic press photos: The Pietà of Kosovo (1999-2000), after a photo by Georges Mérillon, The Madonna of Bentalha (2001-2002), after a photo by Hocine Zaourar, and The Death of Mohamed Al Dura (2002-2003), after screen captures from the video footage shot by Talal Abou Rahmed. The sculptures were subsequently exhibited at the UN and in Montréal, Switzerland and Italy.

Since 2000, he has been researching the history of the Resistance in France during World War II. In 2002, following the creation of a public commission by Robert Badinter, Convert made the Monument to the Memory of the Hostages and Members of the Resistance executed at Mont Valérien between 1941 and 1944, continuing this work with a documentary, Mont Valérien: In the name of all those executed (Arte-Histoire, 2003). Then, in 2007, he published a historical biography of Joseph Epstein (Séguier), the Jewish and Polish leader of the Communist Resistance Fighters in the Paris region, who was shot at Mont Valérien in 1944. This in turn led to the aforementioned monumental crystal sculpture Time Sealed: Joseph Epstein and his son, exhibited at the Grand Palais (Paris) in 2009 at the second Force of Art triennial of French contemporary art, and now part of the National Modern Art Museum’s permanent collection (Paris, Centre Pompidou). He also directed a documentary Joseph Epstein: A fitting legend (the French subtitle “bon pour la légende” refers to the ambiguities of both Epstein’s status as a legend and of the use of his name in photo captions or “legends”), for the Franco-German television channel Arte. Next, following 4 years of recorded interviews, he brought out the biography Raymond Aubrac: Resistance, Reconstruction and Legacy (Seuil, 2011), as well as making two documentaries about the famous Resistance member, both broadcast on France 2 (2011 and 2012). Two years later, was published The Constellation of the Lion, an autobiographical narrative (Grasset). Most recently, in 2014, Convert took part in the Busan Biennial in South Korea and the collective exhibition “The War which is Coming is not the First One: 1914-2014” at MART (Modern and Contemporary Art Museum of Trento and Rovereto, Italy).

In 2015, two sculptures by Pascal Convert will be installed at La Petite Escalère.