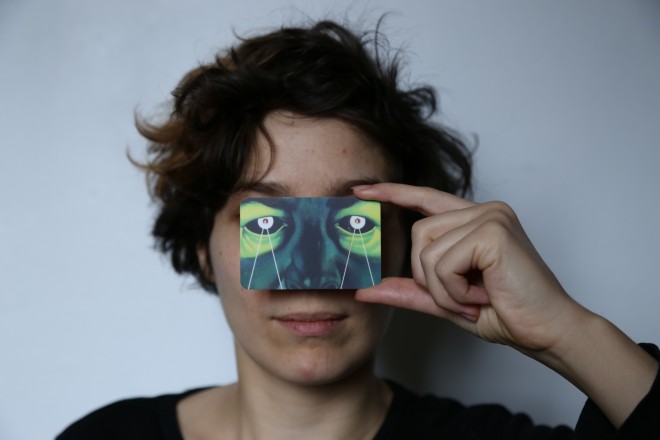 Théodora Barat’s work is a “ground” on which film, sculpture and installation interweave, bringing narration to one, volume to the other. Night is ever-present in her work where artificial light is used to outline shapes and depth.

Born in 1985, Théodora Barat studied at the Nantes School of Fine Arts where she developed a body of work based on video installation and projection. In 2010, she enters the Fresnoy-National Contemporary Art Workshop where she creates her first short movie Or anything at all Except the Dark Pavement, a silent travelling shot with a 16mm video camera, based on a text by Tony Smith in which he tells the story of a night ride on a highway under construction. This film has been selected in numerous festivals such as Les Rencontres Internationales Paris/Berlin/Madrid, IndieLisboa, Côté court, or Boston Video Art. An installation including this film projected on a dented aluminum sheet was showed during Sandra Mulliez “Carte Blanche” at the Bendana Pinel gallery in Paris. In 2012, Theodora was the recipient of the Côté Court artist residency prize. During this residency, she created Panorama Zero, which was awarded the Experience prize at the 2014 Nice Short Movie Festival. In 2015, she is pre-selected for the Prix Découverte des Amis du Palais de Tokyo. She is laureate of the Audi Talents Awards 2016 with her project : “Learning from New Jersey”.

In May 2014, Théodora Barat spent 3 weeks at La Petite Escalère. 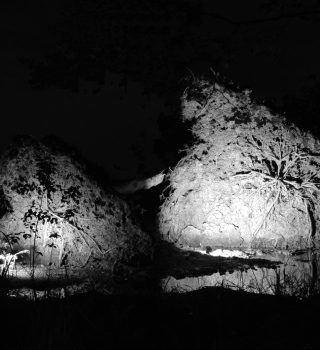 Residencies Théodora BaratVisual Artist Visual artist Théodora Barat has been selected for the spring 2014 residency by a jury that comprised art historian ... next