French writer and playwright Lancelot Hamelin has been selected for the Fall 2013 residency, he spent 3 weeks at LPE in October-November 2013.

Lancelot Hamelin is a writer. He has recently engaged in journalistic and non-fictional work, publishing texts in magazines and reviews such as Les Inrockuptibles, Vacarme, Libération, 491, Institutions… His first novel, Coup de feu d’octobre, was published by L’Arpenteur-Gallimard in August 2012. During is residency at La Petite Esclère, Hamelin finalized the manuscript for his second novel, JFK’s Rides, to be published by the same publisher in January 2015.

“Death in this garden

Strolling around the garden, and progressively discovering these sculptures among the branches of the trees, shining in the reflection of the water or half consumed by shadows, made by human hands, yet autonomous, as though they had simply lent themselves to the game of being created – whereas it is they that dream us – one has a sense of passing through a psyche made earth, made water, made forest to welcome us, to lose us, to trifle with us, to deliver us from itself… Because the garden is a desiring machine, and our desire is constantly reanimated, animated by a vision of these sculptures that flee and loom up before our eyes in the four corners of a universe without end, because the visit can always recommence… At work, here, is a directed auto-generation of loss and desire – death, yes, as the motive principle of the living…

We lose ourselves in walking, as we surefootedly trace what Fernand Deligny called “lines of errancy”, which give us access to the unconscious knowledge possessed by the insane, who relate, in ways we cannot conceive, to the waters hidden in the earth…
But here, in this Basque Louisiana, the waters are hidden like the letters in Edgar Allan Poe’s stories – in full view, skin deep – and our “lines of errancy” reveal that our wanderings are comprised of our certainties…
This stroll, from sculpture to sculpture, in a maze without walls that is rendered more fatal still by trees in motion, may perhaps be a psychoanalysis of the garden that observes us and feels our pains, because the garden is the brain, the nervous system of a creature that thinks outside of time; because time is its very flesh, its vegetal flesh – that of wood which rots but is immediately reborn out of the earth, revivified by ashes.” 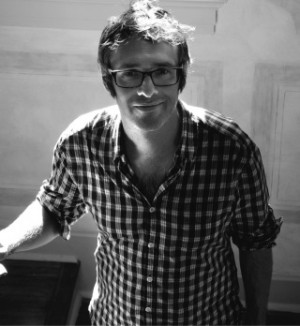 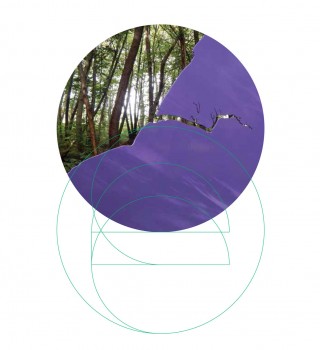